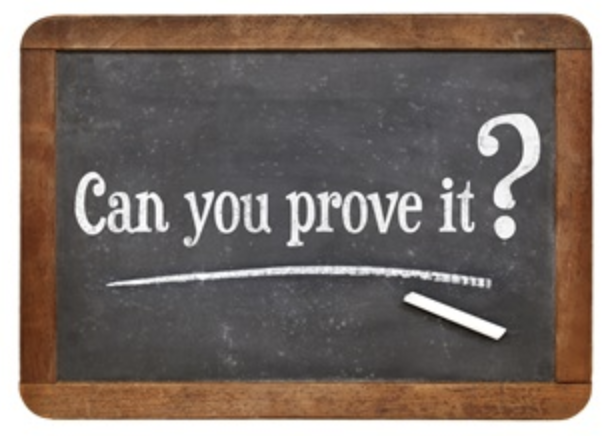 Here are 5 examples are of serious problems which need proof if you’re going to deal with them successfully. They all involve the police and the courts. In every case you will need legal advice about what to do.  Whether you succeed will depend on what you can prove and how good the evidence is. ONRECORD can help you make good records and improve your chances of success.  Here is our advice about making good records – you will need it in every case.

Coercive control is a kind of domestic abuse.  Domestic abuse includes not only physical violence but also threats of violence, emotional and verbal abuse, humiliation and constant criticism.  All of these can be used to achieve coercive control, which can be just as harmful as a physical attack. Coercive control is a pattern of behaviour adopted by an abuser who over time exerts unreasonable power and control. It’s like psychological warfare aimed at the destruction of a person’s independence.  It’s a criminal offence.

The only way you can get help to stop coercive control is to have evidence to prove it’s happening to you.  The evidence has to show the pattern of behaviour. To do this you must keep a record of every event as soon as possible after it has happened, together with any supporting evidence, such as photos, witness accounts or any texts or emails. This will be key to getting listened to, getting good advice and taking action. ONRECORD can help you by guiding you through the process of collecting the evidence and saving your records in a chronological report, to share with an adviser and prove your case.

Have a look at some examples of coercive control here.

2.  Abuse of Power of Attorney:  When an attorney or deputy is not acting in the best interests of a donor.

When the person (known as the ‘donor’) who is wanting someone (known as the ‘attorney’) to act on their behalf if they lose capacity (for example if they are developing dementia),signs a Power of Attorney they’re obviously hoping the attorney will act in their best interests. It is a position of trust and attorneys have a responsibility to act properly and be trustworthy. Sadly sometimes the position is abused and an attorney fails to act in the best interests of the donor.

What is the Court of Protection?

The Court of Protection is a specialist court which deals with all issues relating to people who lack the mental capacity to make specific decisions.

The decisions the Court of Protection make include:

If you suspect an attorney is abusing their position or you wish to challenge them on their appointment or on specific actions that they have taken then you will need good clear evidence to support what you’re saying. That evidence will need to be an account of what’s happened and include supporting evidence such as letters, emails, receipts and expense claims to back up what you’re saying. To use legal terminology, you need “corroborating” evidence.

Initially if you suspect malpractice you should contact the Office of the Public Guardian to consider your claim. They can investigate the actions of an attorney and refer concerns to other relevant agencies. In serious cases it can apply to the Court of Protection to take action against the attorney.

See a case example of the kind of records you need to keep. 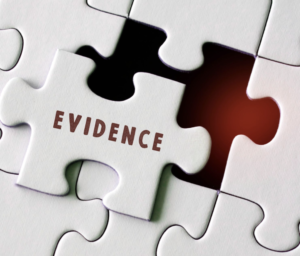 Don’t confuse parental alienation with cases where contact with the child is being opposed for good reasons. If a parent has good reasons why contact is not safe for a child, then it is not alienation.

Parental alienation can be very hard to prove because:

Bullies can be individuals or a group. Bullying is repeated behaviour intended to hurt the bullied person either physically or emotionally. It can happen at work, in school, online, at home or in the community. If you are experiencing bullying, harassment, cyberbullying or anti-social behaviour then you need evidence to prove it.

Employers should have policies and procedures in place to deal with bullying in the workplace. Find out what they are and how to make a complaint using the grievance procedure.

All schools must take steps to prevent bullying and there should be a bullying policy. Find out what it says. When bullying happens, schools should respond promptly, offer support to the pupil and ensure that the bullying doesn’t get repeated.

To get some good advice about bullying, here are three resources to use:

Stalking can happen to anyone. It is persistent, unwanted attention that makes the victim feel pestered and harassed. It is defined as behaviour that happens two or more times, is directed at or towards you, which causes you to feel alarmed or distressed or to fear that violence might be used against you. It can carry on for a long time and leave the victim feeling continuously anxious and afraid.

Social media and the internet are often used to stalk and harass and ‘cyber-stalking’ or online threats can be just as intimidating as physical stalking.

Collecting good evidence is essential if you’re to have any chance of getting help to stop the stalker.

And advice about gathering evidence about stalking here

For help with cyberstalking go to  https://www.thecyberhelpline.com/

For legal advice Rachel Horman is an expert in this field.

Previous Post
Giving a voice to those who are not heard
Next Post
I Can’t Afford a Lawyer! What Can I Do?