Gather Evidence for a Police Complaint 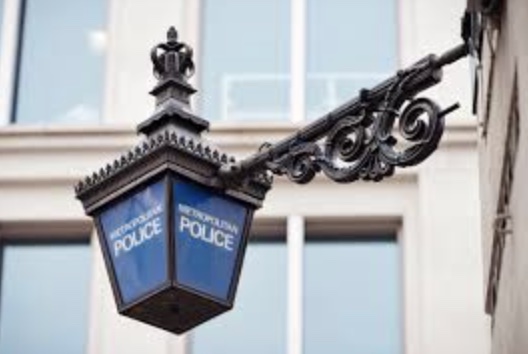 The police have been in the spotlight recently and not for good reasons. There have been repeated examples of police officers’ appalling conduct ranging from rude and aggressive behaviour right up to rape and murder. The reputation of the police is at an all time low. They’re not trusted and so people are bound to be sceptical about making a complaint, fearing it will be ignored or that they’ll pay a price. What can you do to get listened to? How do you gather evidence for a complaint about the police.

How will I know what to record to gather evidence for a police complaint?

First you should find out about police complaints and how to make them by searching online, including our advice using the link below, for good information and guidance. Get a good grasp of what’s required and how to get the best outcome. Make sure you understand what you can complain about, where to go to make your complaint and how you should present your complaint.

All police officers should:

But what do you do when faced with someone who doesn’t abide by these rules?

For helpful guidance see the links below about making a police complaint, making records and what kind of things to record. It’s just some of the useful links on our website, though, so explore further.  We also have video guidance to help you understand how to get the best out of the ONRECORD app.

Complaining about the police

How to make good records

There’s more guidance here with some examples of abuse of position and improper emotional relationship: https://policeconduct.gov.uk/sites/default/files/Documents/statutoryguidance/Operationa_%20advice_note_mandatory_referral_criteria_April_2017.pdf

Advicenow has produced this:

How will I know what I can complain about when I gather evidence for a police complaint?

The Independent Office for Police Conduct (IOPC) defines a complaint as an expression of dissatisfaction with the way someone has been treated or with the service they have received:

Examples of behaviour which could lead to a complaint:

Of course some of these examples are also criminal offences like physical or sexual assault in which case the police are required by law to refer certain matters directly to the IOPC and not to investigate it themselves.

What behaviour requires a direct referral to the IOPC?

They include ‘complaints and recordable conduct matters that include allegations of conduct which constitutes’:

How do I record events well enough to gather evidence for a police complaint ?

The aim is to be taken seriously and to get your complaint investigated and not ignored or rejected out of hand. So the more information you can provide the better, with detail about the incident you are complaining about. Don’t just provide a written account but also attach any supporting evidence you might have such as texts, emails, letters, charge sheets, custody records (anyone who has been held in custody is entitled to a copy of their custody record after they have been released, so request it if you weren’t given it). Keep records as quickly as you can after the event so it’s clear in your mind and you include all that’s important and don’t forget things.

Often you have to be persistent. You might be ignored or refused to start with but don’t give up. Most importantly, keep records of what you do to get the complaint looked into. Keep records of every call you make, every email you send and anything else you do. You might for example take it to your MP for help. Keep and upload all the replies or make a  record if you don’t get a reply. When you take it further you’ll have evidence of all that happened in relation to the investigation.

What if I want to take legal action against the police?

Can I get compensation?

If you make a complaint which is upheld, it will help you to make a civil claim (i.e. where the case goes to court) against the police to claim compensation for police misconduct.  A report from a local investigation would also help.  Of course the police may still defend your civil claim even though you’ve made a successful complaint.

However, complaints upheld for minor infringements of the Police and Criminal Evidence Act, do not, in themselves, mean that you are entitled to compensation.

So you will not get compensation for things like:

Whereas issues which would get compensation include:

In these civil cases if you win compensation it can also result in most legal costs being awarded too.