The Christmas holidays are over but for lots of us it’s not been the wonderful break we’re supposed to have enjoyed. The reality for many is that they or a loved one are facing serious problems in their personal lives or at work. Now is the time when New Year resolutions are made with the hope of better things to come. But if you’ve got a serious problem that grinds away at you it can be a time to dread what’s to come.

If you’re wondering why you’re putting up with:

If any of this, or anything like it is happening to you, then now’s the time to take stock and see what you can really do if you put your mind to it and stand up for yourself.

What must you do?

Be less trusting, more assertive and take action, by: 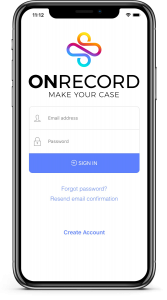 Keeping proper, compelling records of everything that happens so you have evidence of the problem and can prove it. It’s obvious really, but you’d be surprised how many people think that if they simply say that something has happened they’ll be believed. Not true. A written record made at the time makes all the difference.

After carefully gathering and organising all your evidence don’t part with any of it without keeping copies of everything you’re handing over for a complaint or investigation. It’s so easy for the organisation or individual concerned who hears your story or gets your paperwork to later deny having some or all of it and consequently to minimise the problem you have. Later if the decision maker is challenged he or she might say they would have upheld your complaint but didn’t know the seriousness of the problem because they didn’t know it’s extent and frequency.

Think about the motives of those who are part of the situation you’re experiencing. That’s not just the motives of the person causing your trouble but also the motives of whoever you’re complaining to, for example the police, a local authority or regulator. In the case of the person doing you harm, the motive might be as simple as not wanting to look bad in the eyes of others if they’re found out. In the case of organisations the motives might be much more serious. For example wanting to cover things up so as not to have to deal with them, because it might be costly in terms of finances and reputation, it might involve them or others in getting into trouble or they’re just too lazy to take action. Realising that sometimes people don’t want to have to deal with a problem is the first step in understanding why getting a good response it might not be an easy task. Be prepared for all sorts of attempts to put you off.

Realise that the central issue in all these circumstances is to be believed. So tell the truth and don’t exaggerate. You must make sure you have as much credible evidence as you can of each and every event that forms part of your story. Back up what you’re saying with anything you have that supports it such as screenshots of texts, photos, proof of location. If in doing this you can show your opponent is lying, that’s a huge breakthrough. Once you’ve shown someone to be a liar a decision maker is bound to be influenced by it. It certainly puts your opponent on the back foot when a lie comes out.

Get as much help as you can afford and concentrate your expenditure on actual legal advice to get the matter resolved properly. Don’t pay advisers to write down your story, have it ready before you seek their help. It saves loads of time. Add to your account what’s happening as time goes by. Your problem doesn’t stop just because you’ve sought help.  It might be you can afford some legal advice and representation and you’ll make it much more affordable if you do a lot of the leg work yourself by gathering your evidence and not leaving all that work to a professional. Or it may be you’re lucky enough to be a member of a union who can help you. Share your records with them. See if you can find others with a similar problem or experience. Often hearing from others what they’ve been through and understanding the pitfalls is very beneficial. You might even find they’ll help you with support and practical advice. If you’re dealing with it without help, telling your story fully and presenting your account well and professionally is key.

Be persistent and don’t be put off. With all these issues in mind you’ll tackle the problem more effectively, find you’re more powerful than you think and that you can achieve a better outcome than you believe. Use ONRECORD.

Previous Post
Be Powerful in your Dispute: Keep Records
Next Post
The Kafkaesque Nightmare of British Justice