5 ways to know you’re living with a narcissist 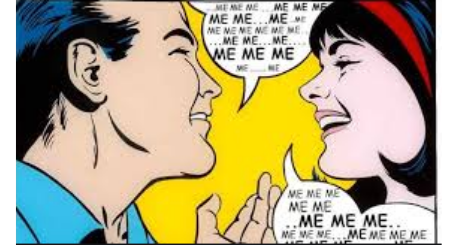 Narcissists can often be very charming, charismatic and good company, at least to start with.  They will create a flattering image of themselves because they want you to like them. It’s easy to get caught up with a narcissist because of their charm, thinking that they will be a good partner. But it’s just a fantasy, and a costly one which can be hugely damaging and emotionally abusive to those who fall in the trap. Here are 5 signs you’re living with a narcissist:

1.  They have an overdeveloped sense of self-importance 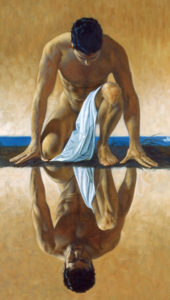 An unrealistic sense of superiority, or even grandiosity, is the defining characteristic of narcissism. Narcissists believe they are special, better than anyone else, and too good for anything average or ordinary. They like to associate with people who have bought into their sense of superiority and who will keep reinforcing it to them in their interactions.

Their belief in their superiority makes it natural for them to expect you to attend to them, prioritise them and treat them always as special.

One of the commonest warning signs of a narcissist is that they go to extreme efforts to be charming early in the relationship.  For example, women should beware of the man who turns up to their first date with flowers and a box of chocolates (cheap ones only mean that he’s cheap and not that he isn’t a narcissist), or with expensive tickets to something.  His aim is to make her feel amazingly lucky to have met him.  There does not seem to be an equivalent, simple warning sign for men although a female narcissist will undoubtedly give the impression that the man is amazingly lucky to have met her.

3.  They live in a fantasy world

Narcissists ignore much of what’s going on in the real world, especially if it doesn’t fit with their sense of being special.  Maintaining a fantasy world of distortion and self-deception allows them to feel special and in control. Anything that challenges their self belief is met with extreme defensiveness and even rage, so that those around the narcissist learn to be very careful what they say and do for fear of these reactions. They think they should have their cake and eat it, expecting the people around them to comply with their wishes no matter how much that may hurt other people.  And if they are defied, they’re likely to be aggressive, outraged, or use silence as a device to get a reaction.

4.  They need constant praise and admiration

A narcissist thrives on a lot of attention and positive feedback. Conversations always end up being about them.  A relationship with a narcissist is a one way street. There’s no give and take. It’s all about what you can do for them, not what they can do for you. And if this attention stops, the narcissist treats it as a betrayal.  The narcissist is unable to listen to challenge.

5.  They exploit others without guilt or shame 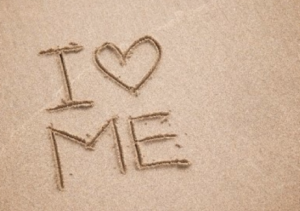 them to calculate how best to influence those around them.  Their need for approval and their resistance to any challenge or insight means they can demean, intimidate, bully, or belittle others without caring about the impact they have. Interestingly their targets are often empathetic people willing to compromise and seeking to understand the narcissist.  Those who fall into relationships with narcissists are often kind and well intentioned, trying to respond to the narcissist’s need for approval and praise.  Narcissists won’t put themselves in other people’s shoes and won’t think twice about taking advantage of others to achieve their own ends. Sometimes this is malicious, but often it is simply oblivious. Narcissists simply don’t think about how their behaviour affects others. The only thing they understand is their own needs and they pursue them ruthlessly.

The lesson – don’t get involved if you can spot this early. But if you don’t, remember you won’t change a narcissist and it’s best to bail out.

Read our advice on gathering evidence to help you know if you are living with a narcissist.

Previous Post
Why do I need evidence? The Johnny Depp trial is a lesson in evidence gathering
Next Post
What’s wrong with the Metropolitan Police?