How do I know if I’m being manipulated? 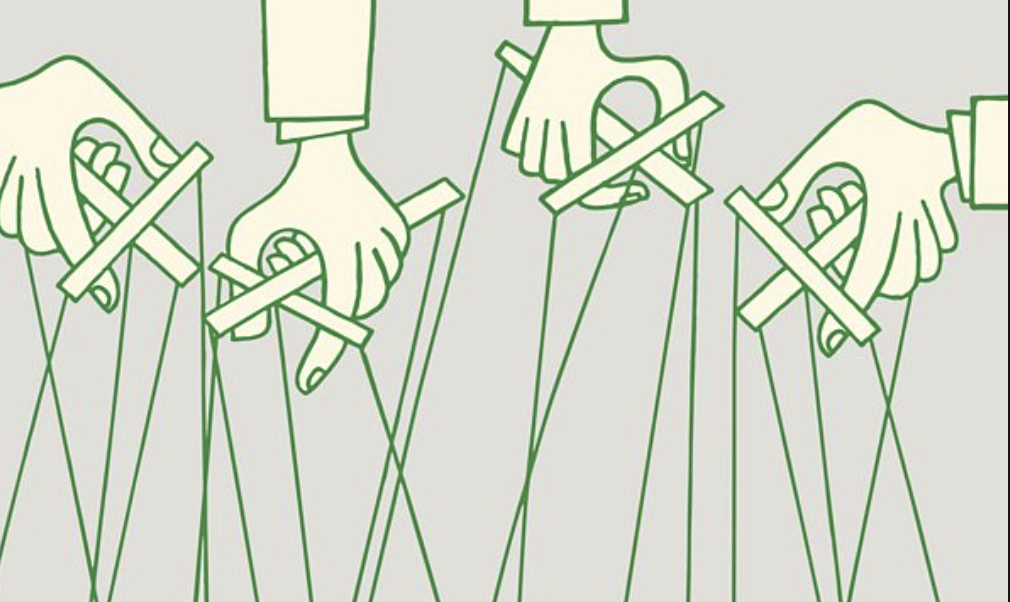 Am I being manipulated?

Manipulation is controlling someone or something to your own advantage, often unfairly or dishonestly. It’s an emotionally unhealthy strategy used by people who are incapable of asking for what they want and need in a direct way. Someone who tries to manipulate you is trying to control you. Manipulative behaviour involves the three key features of fear, obligation and guilt.  So, if you feel guilty or under pressure due to a sense of obligation towards someone and fearful of failing them, take heed, it might be that you’re being manipulated. 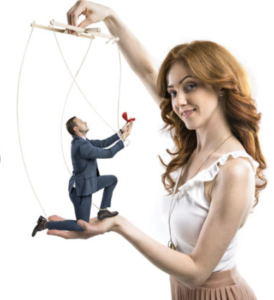 You can find yourself being manipulated in all sorts of situations. At work, for example, or when you’re looking to buy something or in your relationships with family and friends.  It might be your boss trying to get you to work longer hours without paying you extra by saying the order will be lost if it’s not completed,  a pushy salesperson trying to get you to buy something because the price is only going to  last for a day or it’s the last one they’ve got, or a partner who seems never quite satisfied by how you behave. The manipulation can be obvious or subtle depending on the skill of the manipulator.

1.  You are scared, feel obliged or guilty, or all three at once

The manipulator can come across either as a victim or a bully and may, by making you anxious or guilty, drive you to do something you really don’t want to do.  Or they may get their way by making you feel obligated in some way.

As a bully they might use aggression, threats and intimidation to control you.  As a victim they will try to make you feel guilty. The bully type is easier to spot. The victim type is often harder to identify. The manipulator who acts like a victim can make their target feel that they must help the victim and often go to great lengths to support them.

Gaslighting, is a form of manipulation that gets the victim to question themselves, their sense of reality, their thoughts or their memory.

If you’re the target of gaslighting, you might feel a false sense of guilt or defensiveness as though you have failed completely or must have done something bad when, in reality, that’s untrue. Manipulators like this use blame as a strategy. They don’t take responsibility.

3.  There are strings attached 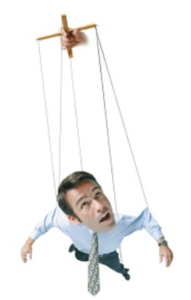 If someone asks a favour of you or does you a favour but there are strings attached, then you’re being manipulated. This is one of the most common forms of manipulation because it exploits the expectation of reciprocity – you scratch my back and I’ll scratch yours. For example, a salesman might make you feel that you should buy something just because he offers you a good deal. Or your partner might buy you flowers expecting something in return.   These tactics work really effectively because it is normal to reciprocate favours. Even when you can see that someone is being insincere, there can still be a feeling that you should reciprocate.

Manipulators commonly switch between two apparently opposite tactics. In the first they make a small and reasonable request but then follow with a larger request. This is a tactic used by street scammers. They build up the pressure after you’ve agreed to the small request. The second is the reverse in which they make a large request and when it’s rejected make a smaller one. For example with a job you’re having done on your house, you might be asked to pay a huge deposit, followed by a smaller figure when you refuse. This tactic works because the smaller request seems comparatively reasonable.

How to cope with manipulation

How to cope depends on what kind of manipulation you’re dealing with. 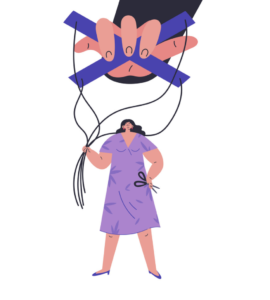 If it is part of an abusive relationship, the victim first needs to recognise that the interactions they’re experiencing aren’t normal. Often victims don’t even realise they’re being abused. Often they need to be guided towards getting professional help.

In other circumstances, when you are not locked into an abusive relationship, the victim again needs to firstly recognise their situation and then try not to react in the way intended.  It may take considerable courage, though, to observe what’s happening and see it for what it is.

It’s also a good way of defending yourself to delay making your response. Never sign an agreement you’re handed and expected to sign there and then.  Never make a big purchase without giving yourself at least a day to think it through.  Most importantly, never make major relationship decisions the first time they’re brought up. Delay is often the best solution to avoid being manipulated.  In all of these situations, find an excuse to delay.  Maybe you can claim to have another commitment.  Maybe you can say you have to check with someone else.  Whatever excuse you can find, the best watchword in these situations is sleep on it.