How to stand up for yourself by gathering evidence 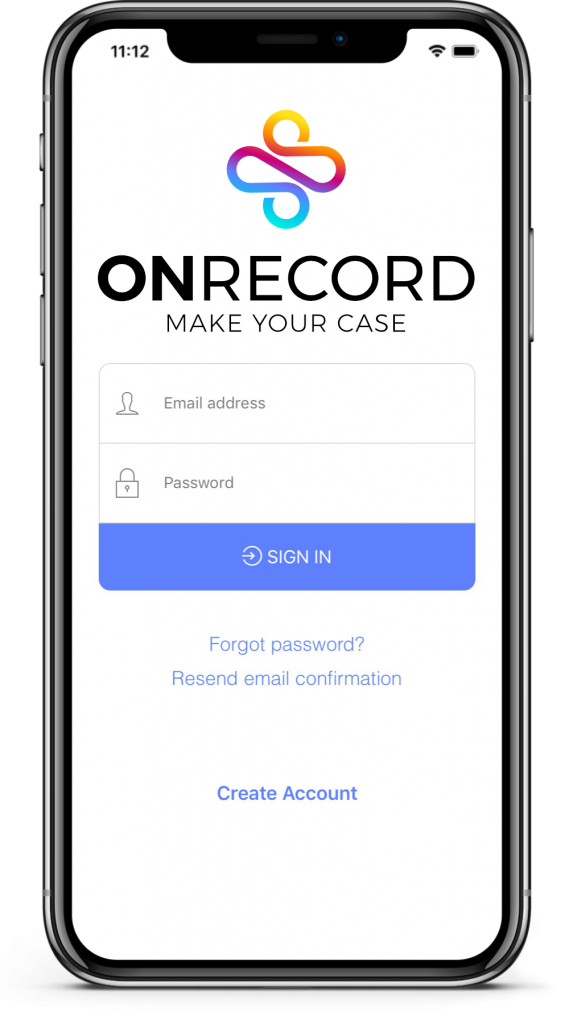 We’re on a mission at ONRECORD to give people the evidence gathering tools to stand up against public bodies, organisations and any systems that perform badly. And there are masses of them. Take a look at some of my other blog posts about some of the organisations I’m referring to.

When I first had the idea of creating an app for people to gather evidence to make them more powerful and capable if they go to court or have to make a complaint, I thought it was such an obvious idea that it would be embraced by those we told about it. Legal aid has been cut back drastically, legal fees are sky high and there is endless public concern about the poor performance of public authorities, public services, regulators and other large institutions. What a misunderstanding that was. I’d call and write to organisations supposed to be supporting litigants, victims and the users of services, to ask them to look at the app and try it out, pointing out that it was free at that time. We needed testers, early adopters and keen promoters. Easy I thought.

I spoke to several hundred organisations I’d chosen specifically because ONRECORD would help the people they were involved with. Organisations, for example, with websites where they’re recommending people should make notes if they have a certain problem. These included charities dealing with domestic abuse, stalking, bullying, harassment etc., some Police and Crime Commissioners, especially those I’d seen on the tv promoting the idea of record keeping, and the CAB as it used to be but now Citizens Advice. CAB’s wonderful, informative and wide ranging website is full of recommendations of the need to keep records.

Interestingly, I had only positive comments from those who were at the frontline – the people who answer the phones or have first hand experience of seeing the people with the problems when they first seek help. I was regularly told how useful it would be to the people they helped and I was asked to write to whoever was in charge. I was really pleased to think that we were creating something which would be used and useful, helping individuals to tell their story and get advice. There are so many benefits which would be easily understood by those who do this kind of work.

What happened? Almost invariably silence. If I followed up with a call there was often an embarrassed reaction from the person I’d originally spoken to and promises of someone getting back to me. I didn’t hold my breath. A few were frank enough though to say their bosses just didn’t get it. They were not familiar with tech, they were frightened of having to change their ways of working, and probably what’s the most awful is their managers would have said that their clients wouldn’t be able to work the app. They weren’t bright enough. What? Most people are used to Facebook, Instagram, Twitter these days and why wouldn’t they be able to record what’s happening to them, given some guidance and common sense advice.

Strikes me it was rather like the Brexit vote. The people in charge think they know what’s best and conveniently choose to do what’s right for themselves. And what about the Citizens Advice? Their reply was: “Thanks for your email. This sounds like an interesting and potentially very worthwhile project.”, but they said they couldn’t help because they had so many requests like mine. Now I realise it could be a brush off because they don’t actually think it’s a good idea but if that’s the case why’s their website filled with recommendations to keep records.

So it makes me even more grateful to the people who have gone further when they’ve heard about the app and who understand it’s usefulness. I particularly want to thank all the wonderful people at the Mankind Initiative who regularly tell callers about us and mention us on their website. And AdviceUK who have helped, supported and encouraged us so much. In particular their incredible CEO Steve Johnson. Plus of course all the people who have already downloaded the app and are using it. I hope you win your cases!

But everyone who reads this should be under no illusion. If you want to have the best chance of being successful in a dispute of any kind or if you need to be able to prove something before you will be taken seriously, you have to keep honest, accurate records with supporting evidence of what you’re saying. In my experience it’s an uphill struggle dealing with organisations and public bodies and the only way you’ll get listened to is if you can force them. If they know you’ve actually got evidence and it’s good evidence, they have to take that seriously. It’s sad to say but you have to frighten them sometimes to make them do their job. They have to fear you and your case more than they fear carrying on as normal where they otherwise will cover up, ignore, fob people off and make their own lives easy.

Previous Post
Withdrawing your evidence may not stop the prosecution
Next Post
CAFCASS: The blind leading the blind