Withdrawing your evidence may not stop the prosecution 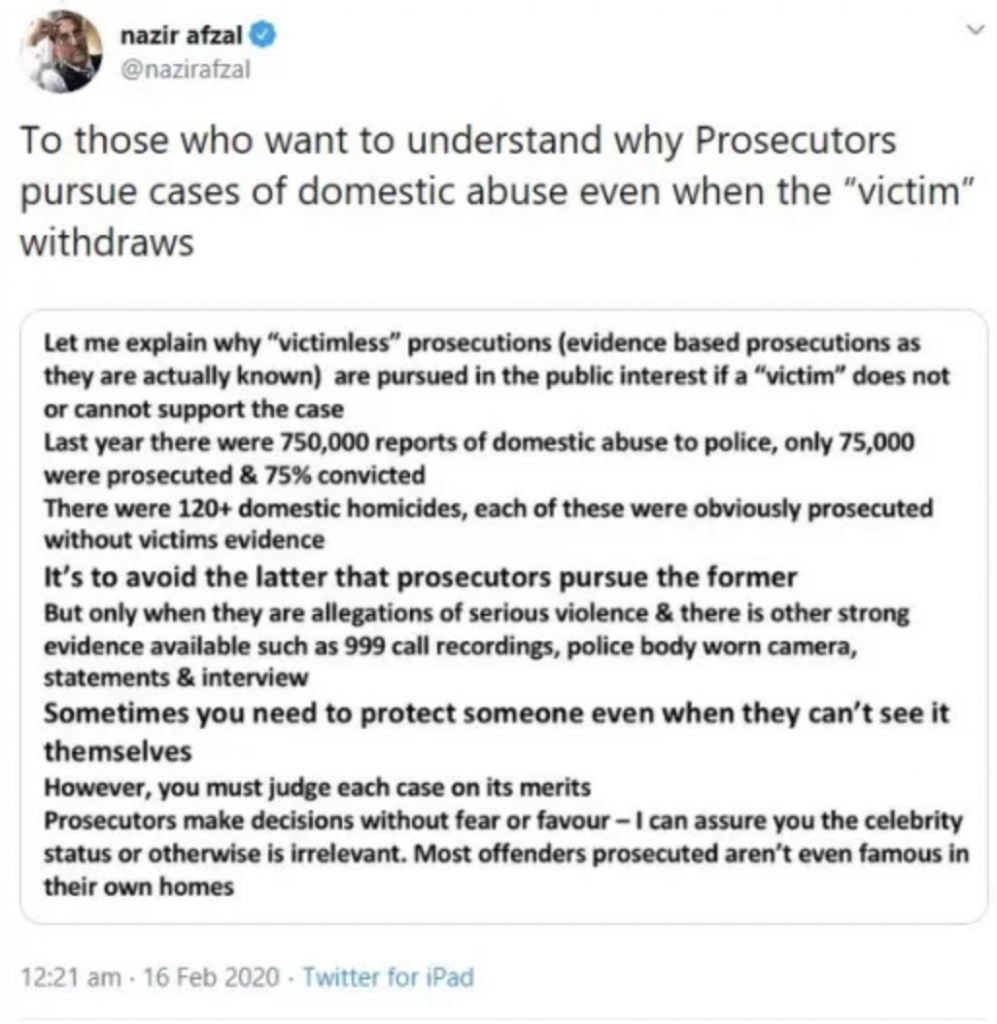 I posted this blog on 28th January before the suicide of Caroline Flack.  Her suicide has prompted a lot of public and media outrage that her prosecution had continued in spite of her boyfriend withdrawing his complaint and in spite of her distress.  It has not been made clear enough that the reason ‘evidence led prosecution’ (i.e. the pursuit of a prosecution without the consent of the complainant) was brought in was that a lot of domestic abuse cases were failing at Court because the complainant had withdrawn their consent. It was said that complainants were saying that they didn’t want to proceed and were refusing to give evidence. There were often suspicions that vulnerable women were being forced to withdraw their evidence by the perpetrator.  Often more assaults would then happen and eventually the truth would come out. This decision to allow ‘evidence led prosecution’ was designed to protect women from this manipulation and to secure convictions. It is unreasonable for those who would protect women from such abuse to protest when the same protection is given to a man.

Here’s what Nazir Afzal the courageous former Chief Prosecutor had to say about it in defence of the CPS and their decision to pursue charges against Caroline Flack. I say he’s courageous because one of his first decisions on becoming a chief crown prosecutor was to initiate prosecutions in the case of the Rochdale grooming gang, overturning an earlier decision by the CPS. It’s worth listening to him. 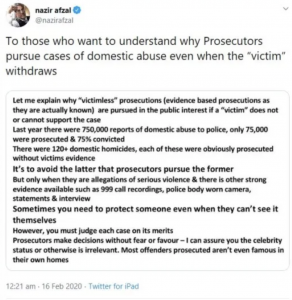 Be aware. Even if you withdraw a complaint of domestic abuse the case may still go to Court, by means of an evidence led prosecution. This is useful guidance to understand. Clearly there is an expectation of police and prosecutors to build successful domestic abuse prosecutions without the victim’s support, even if it’s challenging.