Universal Credit: The trap of getting an advance 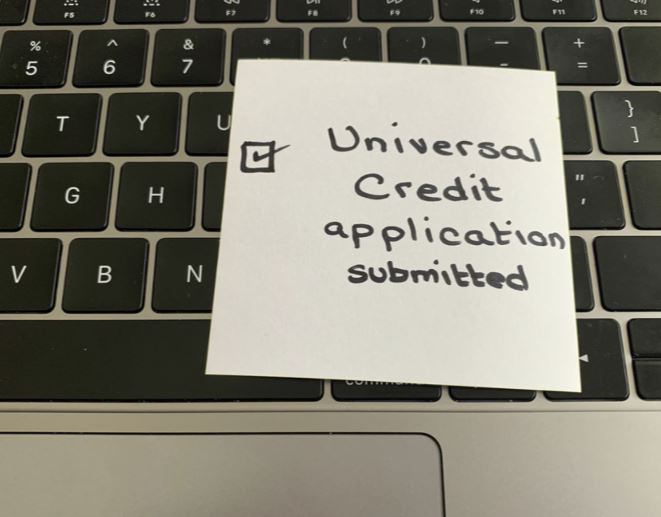 Since posting this blog on 30th March, there’s been an update on universal credit claims from the BBC. Here’s the link. It’s good to see Labour has urged ministers to go much further, urging that the verification process for new claimants be speeded up and upfront cash advances – available for those in urgent need – should not have to be repaid.

Once again there’s a recognition that claimants need the money to pay their bills and survive, not a loan they can ill afford. Maybe the self employed’s reaction to going through the welfare benefits system and the offer of an advance will make the government wake up to the needs of those they’re serving and see the unfairness of treating desperate claimants as though they can go without for 35 days or take out a loan they cannot afford to repay whilst waiting to get their first payment.

What is universal credit?

Universal credit is a single benefit for working-age people, replacing income support, income-based Jobseeker’s Allowance, income-related employment and support allowance, housing benefit, child tax credit and working tax credit and merging them into one payment.   It is supposed to make claiming benefits simpler. Out of this one payment they have to pay their costs including rent, although there is a provision for people who are in rent arrears or have difficulty managing their money to have their rent paid directly to their landlord.

As at October 2019 there were 2.6 million universal credit claimants, just over a third of whom were in employment. This is going to rise considerably now new rules are coming into place arising from the Covid 19 pandemic.

How does it work?

It can be claimed whether you are in or out of work. There’s no limit to the number of hours you can work per week if you receive it, but your payment reduces gradually the more money you earn. The idea behind this is that no-one should be better off claiming benefits than working.

In the previous system people on a low income would lose a big chunk of their benefits in one go as soon as they started working more than 16 hours. Whereas now the benefit payments are reduced at a consistent rate as income and earnings increase. So for every extra £1 you earn after tax, you will lose 63p in benefits.

How much can you receive?

This depends on things like whether you have children and if you qualify for housing or disability payments. Payments are then reduced from this maximum amount the more you earn – although each household can earn a certain amount, called a ‘work allowance’, before losing anything.

The problem with an ‘advance’

Initially the decision was made to make Universal Credit payable in arrears in order to be just like getting a new job. Therefore, if you signed on on 1 January, you’d receive your first payment on 5 February.  It’s unbelievable that this was thought to be a good idea for the people who are the least likely to have any savings. No wonder the food banks have been growing!

The solution they have come up with is for those who don’t have enough money saved to wait 35 days from claim to payment to get what’s called an ‘advance’ on their first instalment of  benefit. An advance? How disingenuous is that. In billing terms payments are made in advance or arrears but in Universal Credit terms it means it’s a loan taken off future benefit payments over the following year. If someone hasn’t got any money then they’re unlikely to get a loan, so why is it reasonable in these circumstances for the government to lend them money? The overall effect has been to plunge people into rent arrears and debt and in some cases homelessness. In others cases, it has caused job losses which is the very opposite of what Universal Credit is intended to achieve. Whenever you hear this put to politicians though they always carefully use the term advance. Rarely are they  picked up on what that really means.

Watch the BBC series “Universal Credit: Inside the welfare state” to see this play out in real life and what the claimant did and the consequences. It’s completely unfair to give with the one hand and take away with the other.

Previous Post
How to gather evidence of parental alienation, contact problems, domestic abuse and Court of Protection issues
Next Post
Universal Credit: Watch the BBC’s ‘Inside the welfare state’