Why is it sometimes difficult to get your complaint dealt with properly? 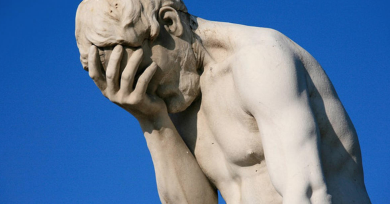 Not being taken seriously

Most people assume that if you make a complaint it will be taken seriously by whoever deals with it and in a lot of cases that’s true, but sometimes it can be difficult to get your complaint dealt with properly.

If something you’ve bought doesn’t work it would be very unusual to have a business refuse to replace it. The same applies to poor service. No hotel or restaurant wants a bad customer service rating because it kills their business. Even unreasonable complaints are often dealt with sympathetically to avoid damage to reputation (read more about consumer complaints here).

But this doesn’t apply in some other circumstances and there are many examples where complaining gets you nowhere, some of them well reported. Think about the Staffordshire hospital scandal and Hillsborough.  Think about the grooming, abuse and rape of children in towns and cities all over the country which was ignored for years and deemed to be a ‘lifestyle choice’. Consider too the wide use of Non Disclosure Agreements to stop people talking about what’s happened to them.

Why are some complaints handled badly? 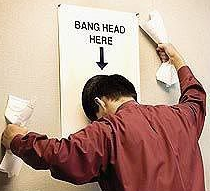 If you have a serious problem at work, you may tell your manager what’s happened to you and take it to the Human Resources department. You may assume they will support you and make sure the problem is fixed.  After all the job of the Human Resources Department is to deal with employment problems.  It doesn’t always happen like that. The first thing to remember is that the employer pays the HR personnel, which is an obvious conflict of interest. But what other reasons might there be?

Confirmation bias can easily result in genuine complaints not being upheld because decision makers aren’t even trained to consider whether their existing beliefs might be influencing their decisions, which might even be that what you’ve alleged isn’t possible.

A Human Resources department may be receiving a lot of complaints 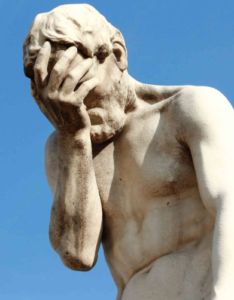 ranging from the trivial (e.g. ‘my boss asked me where I’m going on holiday’) and the absurd (e.g. ‘my reference is bad’ when it’s completely true) to genuine complaints. Amongst all the complaints, how will they identify the one that’s going to blow up in their faces?  If they repeatedly find people are knocking on their door claiming unfair, unreasonable or even illegal conduct when there isn’t any, the temptation is to assume that every complaint is unreasonable.

The reverse can occur too when some unjustified complaints are successful. How about the police reaction to the complaints of Carl Beech leading to the outrageous Operation Midland. The police behaviour in that case had been shaped by their earlier failure to recognise the illegal behaviour of Jimmy Savile. Their response to Carl Beech was to announce his complaints were “credible and true” before they’d even investigated properly. The damaging fallout from that has been incredible.

You can’t overestimate how poor the quality is of some people’s judgement and that has to include the people who may be handling your complaint. They’re often doing jobs they can’t perform well. They may be poorly trained and ill equipped to carry out the tasks they should undertake to a high enough standard. So don’t assume your complaint will be handled properly even by people who’s job it’s supposed to be.

3.  Fear of getting into trouble

No one wants to be the bearer of bad news, especially if you are an employee working in the complaints department dealing with allegations that the boss has not behaved well. It’s easier to claim the complainant is the problem and hope the complainant will just accept the decision.

Remember, when you make a complaint you may have no idea of the way an organisation functions. If it’s dysfunctional you’ve got a problem. One way of knowing it’s likely to be dysfunctional is if you’re invited to sign a Non Disclosure Agreement. The complaints department may be fearful of getting into trouble with their bosses.

4.  The stakes are too high for the organisation

You may have a very serious complaint which if upheld could be costly to an organisation. The decision maker may know not to uphold it, if it will hurt the business or organisation financially or its reputation. Consider for example the Harvey Weinstein case in the US. Exposure of the problem has crashed his whole business as well as several careers besides that of Mr Weinstein.  Those confronted with decisions to make might be frightened of the consequences for them in terms of losing a bonus or their job. So, they will try to keep you quiet, or discredit you, to make their lives easier.

Six ways of improving your chances of being successful

The key lesson to be learned is, if you have a serious problem, document it well and follow some basic guidelines to make sure you improve your chances of being successful:-

Previous Post
Should I continue to work at home? Or go back to the office?
Next Post
How do I prepare evidence for court?