Are men wrong to feel hard done by in the Family Court? The expensive ‘sacrifice’ of stay-at-home mums. 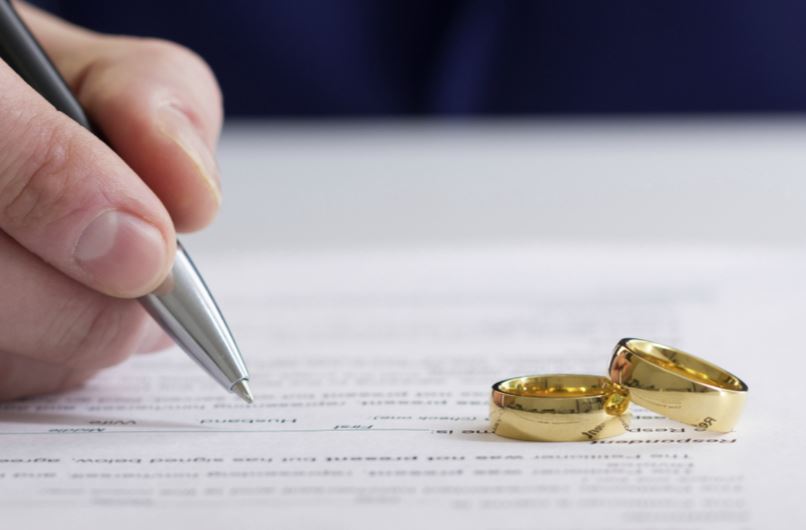 If men weren’t feeling hard done by by the family courts before, they certainly have reason to now.

A woman who chose not to work as a solicitor and to be supported by her solicitor husband in order to bring up her children, has been awarded £400,000 on top of her half share of the couple’s assets (nearly £10 million).  Mr Justice Moor, in the Law Gazette report of his judgement, decided that the couple’s decision represented a sacrifice by the wife of her lucrative career although there is no suggestion that she was coerced into it.  Her ‘sacrifice’ was the choice to put ‘family ahead of ambition and earning power’. Which women would not love to be paid an extra £40,000 a year tax free, in addition to having all her living expenses met, not to work and so that she can spend her time bringing up her own children.

During their 10 year marriage, the husband will already have lost financially as a result of his wife not working, as the family will have had only one income.  No information is available about how much domestic support the wife had, whether she had nannies, cleaners, shoppers, gardeners or how much she was spending on luxuries such as gym membership, yoga, pilates and art classes, holidays, meals out etc. but the sums of money involved suggest a comfortable life for this family.  But perhaps she hated looking after her children, disliked being able to organise her own timetable or be in her own home, longed to be out in an office being a solicitor, and indeed needed to be compensated for her hardship.

One of the many problems with this philosophy is that money becomes the only measure of value and individual independence and responsibility is made to look like a fool’s game.  The judgement encourages any wife (or husband if he can get away with it) to make herself as dependent as she can and expect to be looked after. The courts certainly seem to think so and now intervene and make it so, if anyone is foolish enough to allow them to get involved.  If a wife takes responsibility for her choice, whether she goes out to work and earns her own money or decides to stay at home and care for her children, she retains her dignity and independence. Calling it a sacrifice which should be compensated, makes her seem dependent and feeble.  Meanwhile, the breadwinner who takes responsibility, now looks as if he is privileged, presumably, for pressing on through the rat race, putting in the long hours, meeting deadlines, bringing work home, dealing with the headaches and frustrations of work. He pays a financial price for taking responsibility for the family’s financial security and an emotional price for not having time to spend with his children, his family and his friends.  Working in a job is clearly not a ‘sacrifice’ but being at home with your children is.

There is a problem applying 20th century standards when judging 21st century decisions, especially about relationships.  There was clearly a time when it was generally presumed that on getting married a woman should give up her work to look after the home and children.  There was a social pressure, and probably pressure within families, to do that in much of the last century making it less of a choice and more of an obligation.  ‘Sacrifice’ might have been the right word for a woman who gave up a lucrative career back then, although that was not the way people thought about it. It was more like ‘duty’.  Now, couples are much more likely to make a conscious choice. It is normal for women to return to work soon after children are born. Unlike most families, if they are successful solicitors they can easily opt to pay for excellent child care.  So, if a parent decides deliberately to stop work to bring up their children, in a family where there is clearly plenty of money, where is the sacrifice, beyond the modest sacrifice in depending on only one salary?

There seem to be so many examples in our society of encouragement of victimhood and discouragement of individual responsibility and independence.  Nobody is more publicly reviled than the person who expresses the opinion that people should take responsibility for a bad outcome as a result of their actions.  Nobody is more popular than those who enthusiastically advocate for the victim. I wonder how long this will continue, especially if society faces financial hardship and there’s less scope for generosity?  How generous will we be to those who play up their victimhood if the cost starts to fall directly on us? If virtue signalling becomes expensive, maybe it will go out of fashion and maybe taking responsibility will be in.

Previous Post
Is the family court system on its knees?
Next Post
The official Berlin fostering scheme: Deliberately placing children in the care of paedophiles